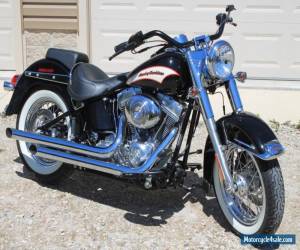 I have beautiful XXXX Harley-DavidsonHeritage Softail, VIN XHDXJFBXXXYXXXXXX with only X,XXX original miles.  I??™m selling this bike for the wife of agood friend who passed away far too early, just little over two years ago.  He was the original owner and was "beyond" extremely meticulous when itcame to caring for his bike.  Myself and others who have seen this bike are just amazed at its overall condition.  Seeing it in person, have no doubt that you too will be thoroughly impressed.    took the libertyof going over everything and preparing this bike in order to put it on themarket.  replaced the battery (NAPA),changed the oil/filter (Mobil Synthetic w/ K&N Filter), replaced thespark plugs (Harley-Davidson Gold) and performed general clean-up.   The paint is flawless and without scratches or stone chips even thefront of the frame and the swingarm are spotless.  Ithas sat for few years, but was stored in heated room with fresh fuel and stabilizer and was started-upoccasionally to keep things moving.  It starts up immediately and rumbles like factory new bike.  The transmission shifts effortlessly and the ride is smoother than my 'XX Harley touring bike.  This Heritage Softail has seenmany subtle, yet handsome upgrades.  Most of theupgrades are Harley-Davidson components. Some of these upgrades include:Rebel, Long Staggered Hooker HeadersXXXXX-XXC Harley-Davidson Deluxe Softail Front SeatHarley-Davidson Passenger PillionXXXXX-XX Harley-Davidson Half Moon Rider Foot BoardsHarley-Davidson Dunlop Whitewall Tires (still with nubs)Harley-Davidson Chrome Fork Cover KitCurved License Plate MountHarley-Davidson Fat Black Handlebars w/ Custom GripsHarley-Davidson Blacked-Out Hand Control Lever KitBlacked-out Low-Profile MirrorBullet Style Turn Signals Front & Rear  All of the original OEM partsfor the each of the upgrades listed above will be included in this sale.  This is also going to be package deal.  In addition to the bike and all of the OEM components, the following willalso be included:Spare, essentially new set of Harley-Davidson blackwall Dunlop Tires (still with nubs)Arlen Ness ???Big Shot??? Adjustable Fuel Tuner ($XXX Value -new in the package)Deltran Battery Tender ($XX Value)Harley-Davidson Chrome Dash Panel Extension Kit P/N XXXXX-XXHydraulic Motorcycle Jack ($XXX value) This sale if for Local Pick Up only.  Please note, this motorcycle is also listed for sale locally, and therefore, reserve the right to end the auction early in the event that the reserve price has not been met.Thanks for looking!
Also published at eBay.com 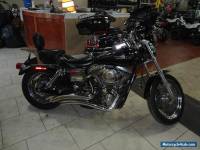 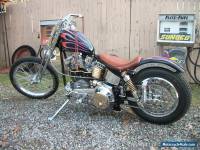 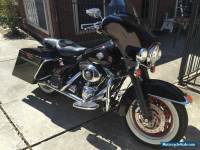 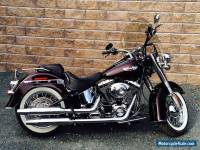 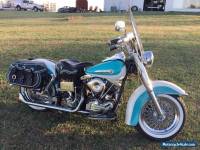