Sell Yamaha Other Motorcycle in Los Angeles, California, United States
Do you like this Motorcycle?
1984 Yamaha Other for sale
Current customer rating: 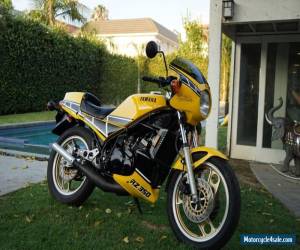 XXXX Yamaha RZXXX Kenny Roberts.. XXk miles.. In great condition considering how old it is Runs greats. Needs collector..
History: The two XXXX USA models were yellow and black (Kenny Roberts Special) and sparkle red-white and blue model that had different graphics and no Kenny Roberts signature on the upper cowl. In XXXX, the red-white-and blue versions had identical graphics to the yellow and black "bumble bee" Kenny Roberts version, complete with signature, but they had red frame. There were also the leftover models with revised graphics that somewhat resembled the XXXX UK versions, but had gold rims and Kenny Roberts signature, that were sold as RZXXXNCX in California only from late XXXX-X. Estimated RZXXX production for the USA is about XX,XXX motorcycles.

At least in the USA, the two-stroke engine was winding down in the mid-XXXX's, as the State of California ratcheted down emissions, and the Federal Government applied the fleet concept to motor vehicle manufacturer's emissions. The final few years were hodgepodge of catalysts and evaporative emissions canisters, but the sweet handling bikes were quite memorable in their light weight and peaky powerplants.

One of the first perimeter frame motorcycles, the RZXXX has no center backbone, the frame tubes follow and support the bottom of the fuel tank as they progress back toward the swingarm pickup points. The XXXcc engine is cradled in between the bottom tubes and generates XX hp. At the small end of the Yamaha line-up, the RZXXX had plenty beside the XXXX rpm redline to interest experienced riders. Yamaha's Power Valve System has motorized control of the exhaust port height, extending the torque band substantially. Fairly conventional front suspension with monoshock rear. Brakes are triple XXXmm disks, and tires are the same front and rear X.XX XX. But the low weight is what helps all those features work better, with half fuel the bike weighs just XXX lbs.

Two-stroke fans here have found slim pickings in the last XX years or so, but it wasn't always that way. Back in the XXXX's, that glorious era of neon, Nagel prints, big hair, and slightly ridiculous motorcycle acronyms, two-strokes were still popular, and enough people cherished their RZXXX's that they're some of the most accessible sports two-strokes available here in the US. Sure, there are some thrashed bikes out there, but it's not too hard to find well-preserved examples if you look.

Which is especially surprising, considering they were produced only between XXXX and XXXX. The bikini-faired sportbike was powered by XXXcc two-stroke parallel twin that was evolved from the RDXXX, but added liquid cooling to the package, along with Yamaha's YPVS which, as you can probably guess, stood for "Yamaha Power Valve System."

At the time, the RZXXX was serious back road tool and was one of the best-handling bikes available at any price, and required rider involvement to maximize the two-stroke powerband.
Also published at eBay.com 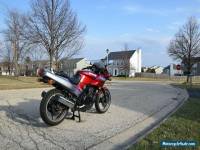 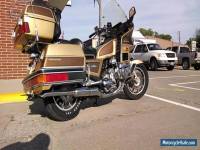 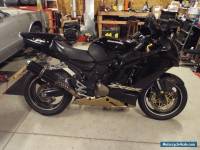 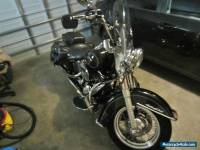 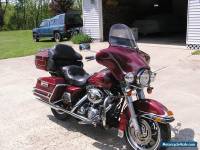