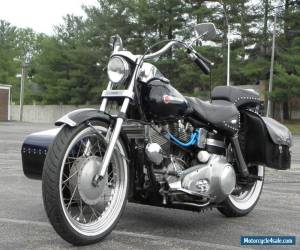 XXXX Harley-Davidson FLH Police SpecialHistoryHarley-Davidson equipped the Electra-Glide with electric start beginning inXXXX. The new ???Shovelhead??? engine (named because of the shape of the valvecover), had an aluminum head with different-shaped combustion chamber, androcker arms attached to the rocker cover instead of to the head itself. Whilethe base FL produced XX bhp, the FLH made full XX bhp. The Electra-Glide wasa serious long-distance tourer with top speed just under XXX mph and adizzying array of optional extras. The XXXX Harley-Davidson FLH featuredin this auction was originally purchased by the Columbus, Indiana Policedepartment. The officer that rode this bike purchased it personally when soldby the PD. He did several modifications and upgrades to the bike in hisownership. It sports loud drag pipe exhaust, Lockhart oil cooler, anS&S carburetor and air cleaner. There is kickstarter and of course theelectric start. The frontend was changed to one from later Super Glide. Thereare nice set of leather saddlebags. The bike has XXXX Three Featherssidecar installed by the current owner. This bike has had only two riders. Thecurrent owner is an old friend that purchased the bike in XXXX and isreluctantly selling because his disabilities do not allow him to ride the bike.Condition This bike runs and rides very well.The drag pipes are loud and the bike makes great presence with recentrespray in Black with Blue ghost flames. Included is XXXX Three featherssidecar with matching paint. The engine is the original numbers matching engineand has never been apart. The bike has some patina and definitely needscleaning and detailing of the chrome and aluminum. Theoriginal speedometer was replaced at about X,XXX miles. The mileage on thecurrent speedo is X,XXX. The actual mileage is estimated at XX,XXX, butis exempted on the Indiana title in the current owners name. DetailsThis is Beautiful Harley FLH. Itis freshly serviced and ready to ride anywhere!  I have done my best to make an accuratedetailed description of this bike. If there is an aspect that is not mentionedor you require additional information regarding an item, please E-mail or callLarry at XXX-XXX-XXXX with any questions or to schedule an appointment toinspect this former Police Bike before the auction ends. Please do not bid unless you intend to purchase thevehicle. will do whatever isnecessary to expedite the delivery. This includes picking you up at theIndianapolis International Airport or meeting your shipper and assisting withthe loading.  Ihave been told that should include the language from the Federal TradeCommission Buyers Guide. This vehicle is being sold As-Is, Where-Is, With NoWarranty or Guarantee.
Also published at eBay.com 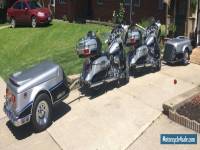 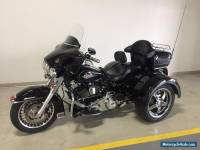 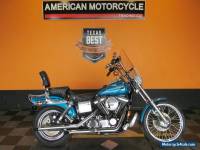 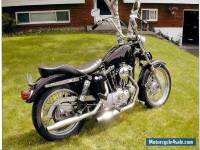 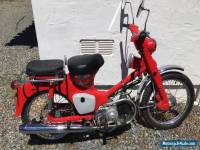