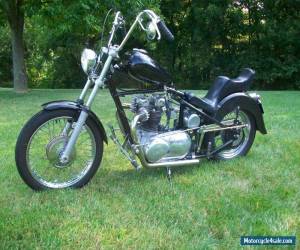 XXXX Triumph Thunderbird XT chopper that  believe  was originally built in the early to mid XX's, but don't know for sure.  Whoever originally built the bike did very good job as can be seen from the photos showing the nice parts used.  This bike is an on going project. However, when bought the bike about weeks ago the owner then or maybe before him had done lot of things that were crude and some of them still are.  had to wait on title so during that time corrected some of the "extra long bolts, square nut, etc" that were used to keep it together.  There are still some of those "too long bolts" holding the headlight bracket & front fender on.  put carburetor together with the Triumph specified parts, XXv automotive coil with resistor, spark plug wires, hooked battery to it and it started on the Xrd kick.  The primary cover was missing and the stator was held in by "home made" piece of steel spaced out with washers.  replaced those parts with what was supposed to be there, installed new Podtronics phase rectifier, new Yuasa battery, wired it very simply and rode it about mile or so.  It runs fine, back brake doesn't slow you like think it should, but the front works OK.  installed the switch with pilot light above the transmission that when turned on supplies the ignition, the rear light and headlight power.  The headlight switch is in the headlight and in the middle position is off, down is low beam, up is high beam.  The tail light comes on when the ignition switch is turned on along with the pilot light and the brake light wire is powered by the single wire running to the tail light. Very simple and with the tail light coming on with the ignition switch you won't be leaving it on mistakenly ........well at least it's good reminder.  The primary case is not sealed as the original foot peg holes are still open and there is no oil in the primary case.  sprayed the primary chain with chain lube before put the cover on, but what ever is done from here on is up to the auction winner.  don't think the motor has any miles on it as can read the numbers on the pistons through the spark plug holes and you can also see that the pistons are .XXX OS.  The motor is very quite (except for the straight pipes) and doesn't smoke.  The iron head is proper for the XT Thunderbird which also reduces any valve noise.  NICE!  There's some rust on both rims, but the front isn't bad and the XX" rear isn't too good.  Someone was too rough on the XX" rim changing tire in the past too as you can see where tire iron was.  It has Arces Ceriani XXmm forks which are probably worth $XXX or so by themselves.  Imagine how this thing would shine if you polished all the alloy on it !  The rear rocker box has been polished as dropped push rod when replacing an adjusting lock nut and had to take the danged thing off to get things back together.
There are lots of possibilities with this bike as don't think any of the mounts have been cut off of the front section and the frame #'s match the engine 's so it could be put back original with the right rear section and other parts. It would make great cafe racer which would be my choice as don't like my feet out in front of me in the chopper style or ride it like it is although new tires and sealed chain case with oil would be nice.  Pick up at my residence would work best, but will take it to commercial business for shipping  NOTE:  THE XXXX VIRGINIA LICENSE PLATE DOES NOT GO WITH THE BIKE.  It is on the bike only for display.  have another XXXX bike that it goes on.  The stainless piece that the plate is bolted to does go with the bike as it now covers mess in the Harley fender as seen in one of the pictures.  Title is clear and in my name ready for transfer.  will accept full payment by PayPal IF YOU PAY THE COST CHARGED BY PAYPAL.   Full payment in days, but the bike can remain here couple of weeks as long as full payment has been made.   I'll be happy to answer & post any questions receive.  Thanks 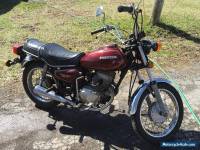 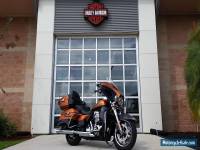 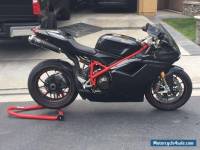 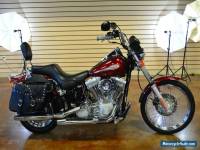 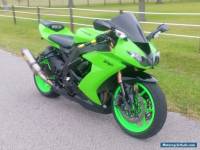