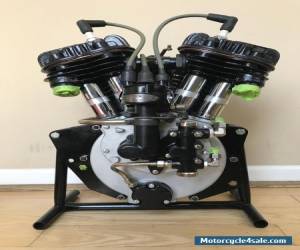 Here's really cool project that we didn't get around to finishing. Junior Scout from XXXX. This was running project when we got it, although the XX.XX cubic inch engine was pretty tired. Most of the running gear was non stock so it's not like we decided to chop pristine example.
The engine has been totally rebuilt and is now XXXcc and ready to go. The transmission is complete but does need going over. The frame is the way it was when we got it (dirty but sound). The front end has been straightened and blasted, just needs bronze bushings and it's good.
The wheels are Akront aluminum rims, spoolie front hub and Sportster double disk hub for the rear. One side was going to be adapted for sprocket. The gas tanks were dented and leaking but they've been repaired and repainted with the cool Indian logo. Wheels were laced up by Buchanan with new spokes, might be stainless, can't quite remember.

https://youtu.be/XwXgxceXXtQ for video of it running few years back.


This is the engine rebuild story. Email me for the version with pictures.


I would like to thank the Horse staff for being so patient with me and my taking forever to complete this rebuild. would also like to thank those who had helped with information and the education on Indian Motocycles, locating parts, welding and machine work that??™s past my small collection of ability and tools. In no particular order: The Horse staff, Dale Patterson, Lon Woodberry, Mark Silvernail, Jeff Luft, Ziggy??™s Motorworks, Jerry Greer??™s, Kiwi Indian parts, my thanks go to all of you.
Dan R. 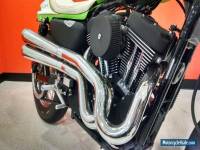 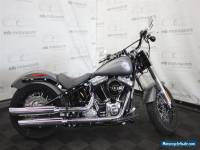 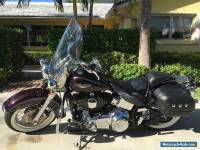 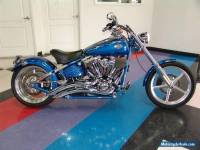 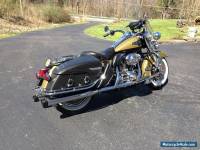