Sell Harley-davidson Other Motorcycle in Cashion, Oklahoma, United States
Do you like this Motorcycle?
1928 Harley-Davidson Other for sale
Current customer rating: 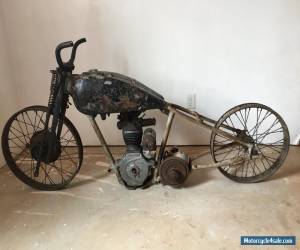 This bike is XXX% original. The tanks were green but someone painted them black at some point. This is the original paint on the tanks as we got the bike. This bike was passed down to the grandkids which were parting the bike out. So friend of the family bought what was left of the bike to try and keep it complete. We bought the bike from the family friend. All the parts that have for the bike are in the picture except the correct wheels. The wheels on the bike are not the correct wheels. used them to mock up the bike. The real peashooter wheels will come with the bike but they will need to be laced. OriginalFrame TanksEngine Top end  Magneto Trans Cylinder head And what you see in the pics  Important Parts that you will need to find to get the bike running  Carburetor (I saw one for sale on eBay last week)Valve rods/ valve kitCrank case cover we had it but can't find it.CylinderQuestions call (XXX) XXX-XXXXFull payment do with in XXhrs of the auction ending. reserve the right to cancel the auction at anytime. No paypalThe Harley-Davidson Peashooter is single-cylinder motorcycle originally released in XXXX to compete in the hotly contested AMA XX cubic inch class. Indian and Excelsior were the established forces to be reckoned with in the smaller, single-cylinder racing world but Harley decided to dive in and compete ??“ and also sell line of smaller-engined road bikes.The market for big twins was strong in the XXXXs, but there was larger (though less lucrative) market for simpler, smaller motorcycles. Harley-Davidson had started out making single-cylinder bikes but since the advent of their big twins, they??™d paid lot less attention to the genre ??“ but XXXX would see this all change.Countries like Australia, New Zealand, South Africa, Rhodesia, and regions like Europe, were more interested in economical and less expensive motorcycles ??“ so new XXXcc Harley-Davidson could potentially open up new markets for the American marque.In XXXX Harley-Davidson introduced the Model and the Model B, both single-cylinder motorcycles with XXXcc (XX cubic inch) engines. Both were sidevalve-engined (the had magneto, and the had battery/coil), for those who wanted to go racing the models were also offered with an OHV engine offering XX% more power ??“ in Model AA and Model BA designations. The nickname ???Peashooter??? was given to the bike as reference to its unusual exhaust popping sounds ??“ side effect of the performance tuning done on the OHV race bikes.
Also published at eBay.com 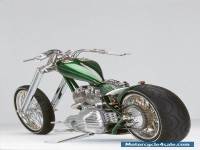 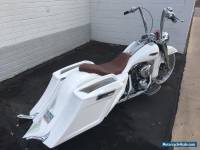 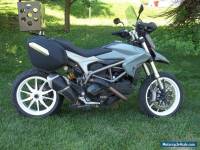 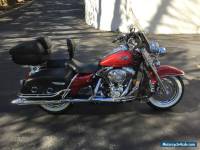 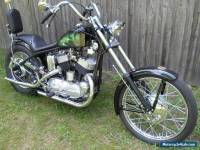