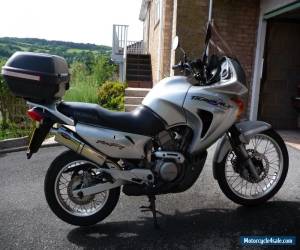 Here we have my XXX transalp, have owned the bike since October last year and bought it as stopgap but now need something bigger for two up European touring.
This bike has been faultless, owned XXXX transalp before few years back and forgot what brilliant reliable bike they are, have used this one for commuting and not much else. During my ownership it's always been kept in the garage and cleaned  and lubed regularly.
The bike has ran faultlessly and there are no issues whatsoever, nothing  needs replacing etc before the next owner can start riding, it is ready to go, it runs cleanly, it's even got half tank of petrol. It is carb fed and has manual choke on the handlebars.
When bought the bike did an oil and filter change, put in new air filter, (you'll be glad you don't have to do that, tank off) and put in new NGK iridium plugs. also used fuel and carb cleaning additive.
Since purchase have added tall touring screen the standard is rubbish) and FUEL rear exhaust, this makes the bike sound great, it's not too loud and has lovely burble on overrun. replaced the headlight bulb with superbright phillips bulb which says it gives you twice as much light which would say it does, it also makes the beam whiter. have also fitted front fender extender to keep the crud off the engine.
I have also put marine scotchbrite tape in certain areas around the bike so you can be seen at night from all angles.
I am the Xth owner and this is local Devon bike which has been in and out of Torbay motorcycles in Newton abbot for lot of its life.
The mileage is XX,XXX (this won't go up) if you read up on these bikes/ engine you will know they go one forever and are very reliable being tried and tested Honda twin, it's the same as the deauville had bike instructor friend who still had one going strong at XXX,XXX.
The bike is MOT until Xnd May XXXX and flew through with no advisories. have all the old MOT  to prove mileage bar XXXX.
I have the original owners handbook and one key for the bike and one for the top box, which think is XX litre and easily removable.
I do have some limited service history with the bike, it had new pads and discs all round XXXX miles ago so still plenty of meat left on all the pads. The front tyre probably has couple of thousand miles left in it and the rear is barley worn. The chain and sprockets are fine.
As you would expect there is corrosion on the engine casings and some discolouration/ oxidisation on the wheels/spokes and fork legs which have tried to show in the photos. There is slight break in the left side fairing but you don't notice it as its not out of shape, just looks like stratch. There are also some minor marks on the bike and fairing as you would expect, but nothing is broken. It is XX year old bike so be realistic please but in saying that would say it's in remarkably good condition.
This bike has as standard Honda HISS immobiliser, side and centre stands. have the VX which is in my name.
This is private sale by bike enthusiast,I have been honest, as would expect from someone was buying bike from.  I don't want to swap the bike and would be happy for people to view. Usual rules apply re test rides please i.e Money in my had before the keys are handed over.
I've tried to write down everything would want to know when buying bike and as you can see have put the maximum amount of photos on so potential purchases know exactly what they are getting.
However, any questions please ask. 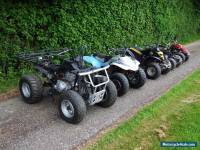 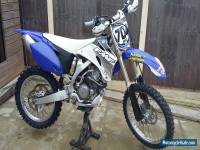 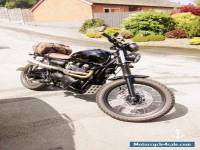 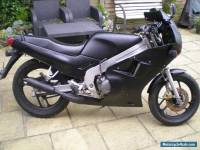 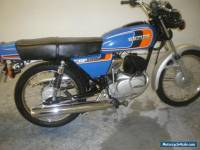