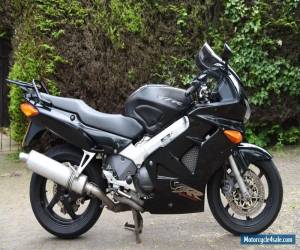 Right, here we go. must be mad! Absolutely the best bike I've ever owned is up for sale, so can spend time and money fixing the awful Russian and Italian shite that's also in the garage!
So, my lovely Black Honda VFR XXX FI from XXXX. I've owned it for years and it's been brilliant. Always starts on the button, goes well (really well!), stops well, handles like charm and is easy to load up if you're going somewhere. have dealer history up to XX,XX miles and I've done my own maintenance since I've had it. I'm pretty handy with the spanners and done regular oil and filter changes, I've even changed the air filter (??XX from Honda!!). fitted new tyres and brake pads for the last MOT in November, which it passed with no advisories. The tyres are still reasonable with fair but of tread left. The only thing haven't done which would be good idea about now is the valve clearances.
Of course being Honda the Regulator Rectifier blew couple of months after had it. The one got from ebay (China) did month later, and the one after that. then spent ??XXX for genuine Honda one which lasted months!!! Why can't Honda make decent Reg/Rec£ finally resolved the issue with UK made pattern unit with XX month guarantee. (http://www.electrexworld.co.uk/acatalog/RRXX.html). The XX months is up but just look at the thing and you'll see why it's good the cooling fins are HUGE! No wonder the originals cook the internals. Plenty of posts on the VFR forums if you want to do the research, but just know that this one is sorted. Ooh, incidentally the battery is also LiPo battery weighing X.Xkg! (Look up battery weights and you'll see why that's good!).
Have look down this list of extras, there's really not much else you could possibly want (apart from maybe hard panniers if you're nutjob and want to destroy the looks!).
Oxford Heated Grips If you've never had bike with these you're in for treat. If you have then you'll know there's no going back so you've just saved yourself ??XX plus fitting!
Remus End Can Sounds really good but not excessively loud. No need to worry about Mr. Plod.
Scottoiler Makes the chain last really well.
Baglux Tank Cover. I fitted this myself so know the tank isn't dented or gouged underneath. fit them to all my bikes as they're great, protect the tank well, look good and the tank bags you get are really useful. You can put an old school actual MAP in them to navigate!
Rennetec Rack. This was on when bought it but it's been useful now and then. have the original hand rails if you want to take it off so it's all original.
MRA Flip Up Windshield. This was also on when bought it but it does great job of deflecting the wind. borrowed an original screen from mate for weekend never again!! can see why most of the bikes coming up for sale have one fitted.
Like any bike this age there's the odd scuff or crack on the fairing and the paint is coming off the aluminium parts in places (like the rims and the castings for the mirrors). It looks really good from paces but close inspection does show some flaws. I'm not asking top dollar for it so if you want an immaculate one do yourself favour, save up another ??XXX or so and look elsewhere. The photos are high res so you should be able to see for yourself, and as it's not an auction you have time to come and have look. If you're interested, give me call and pop round you might even get cuppa tea!
Yes, you can take it for short test ride if you want. All you need to do is leave all the cash with me, and on your safe return you can collect the paperwork. Can't say fairer than that.
I'm selling to generate some funds and also some space in the garage. I'm really going to miss it, but it's just too reliable and good at everything to give me any interesting stories to relate when I'm older.
Thanks in advance, but I don't want to swap it for XXXX Cleckheaton Buzzard, Plated seed driller, Aunt Fanny's Fine Art collection or Rampant Rabbit. have more than enough shite in the garage (and house) so I'm looking for money only. Whatever you have, I'm not interested ok?
Oh, one last thing. There's only one key. I've only ever had one as the previous owner lost the spare. Any questions let me know thanks for reading this far. (Slow day at work£).
Also published at eBay.co.uk 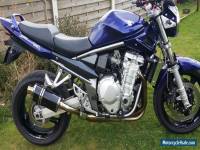 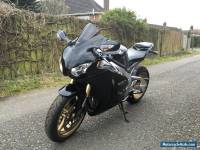 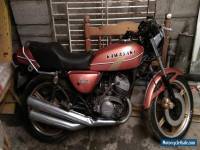 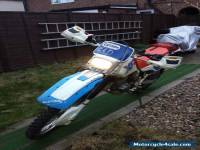