Sell Honda CBR Motorcycle in Norwich, United Kingdom
Do you like this Motorcycle?
Honda CBR600 FS 1995 UP AND RUNNING for sale
Current customer rating: 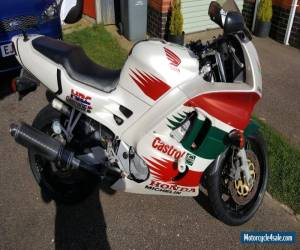 UPDATE... Well ive had the old gal out and its alive and kicking. Ive given it the once over, washed and waxed it. Lubed up the chain and pumped up the tyres. Put some fresh fuel in and its purring like kitten. have taken couple of video's of it running. The battery is still holding good charge so that should be fine. Ive left the trickle charger on it. have for sale my CBRXXXFs-X.

I have owned this since was XX and its never really missed beat.
When first bought it spent almost as much on it as it cost to buy. However that was good few years ago. Late XXXX infact.

It does have high mileage currently sat at XXXXX miles which is alot, however bought this off bike instructor that followed learners doing max of XXmph, many were XXmph. That's where the miles were racked up

I have loads of receipts for everything ive ever had done on it or purchased for it, all mot certs.
Dont think its ever had failure in my ownership.
I know on its last mot it was advised on the rear tyre being thin in the middle, the rear disk being pitted and pads wearing thin plus corrosion on the rear subframe. hammerited the rear frame about X-X years ago.

So it will go through its next mot with little work.

I have plenty more pictures than those listed but it is tired old girl.

Its got Pirelli Diablos fitted, the front has loads of life.....the rear not so in the middle but plenty of the sides, should still pass on the mot.

It has had repaint in its life,(before got it) hence the Castrol paint scheme and where its chipped away it can clearly be seen. There are few scrapes here and there too. Its not show room condition, however ive polished iy and its silky smooth

It has been sat up for probably year or so, the battery is still holding good charge which is good, as it was new before sat it up, did put trickle charger on it every now and then for short periods.
Annoyingly before sat it up had just replaced the oil and filter...........filled it up and Tescos then realized the mot ran out when looking at the paperwork that evening. Whoops.
Then the tax and insurance ran out and at the time had new born sprog so had to spend my hard earned cash on baby crap.

As stated above its up and running well, as knew it would. 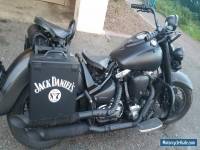 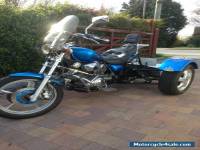 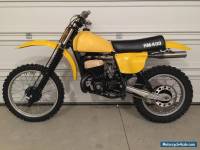 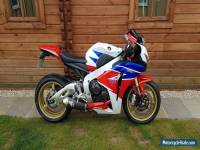 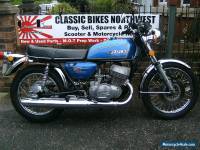