Sell Honda CB900f Motorcycle in Stroud, United Kingdom
Do you like this Motorcycle?
honda cb900f 1981 for sale
Current customer rating: 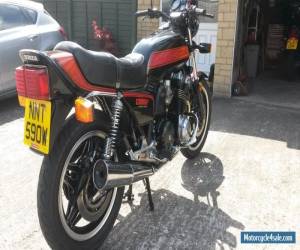 here is an excellent example of the classic Honda cbXXXf.it was imported from the USA. by DK motorcycles, in Feb XXXX (who have specialised in importing, for decades.) (I have owned it since april XXXX). it is in an incredible original condition. (even the exhausts are original) apart from the fact, that when was viewing, they informed me, the only thing they perhaps needed to do, was to refresh the paintwork bit, which has been done by themselves, to fantastically high standard.  and  still remains so today. this was only required, because of the hot, dry, sunny, American climate, in which it lived, had sun faded the paintwork little.(on the upside,this obviously means, the dry climate, has massively helped to preserve it, in its  present, incredible all round condition!)    it could not be honestly described as in concourse, or show condition, (because it is a regular, dry weather used machine. not just an expensive show?garage ornament) but could definitely be described as probably one of the best examples that still exist on the roads today. it generates huge interest on ride outs, and never fails to gather nostalgic crowds!it is an absolute pleasure to ride! everything works exactly as it was originally intended and meant to. never failing to put huge grin on my face each time ride it, (as relive my youth from way back in XXXX, as motorcycle obsessed,XX year old ssXX rider!, lusting after the cbXXXf, saw passing my house everyday, but could never afford back then!)just to be safe, within that time have had it, have had it serviced twice, which apart from all the usual basic service schedule oil/filter changes etc, have also included, precautionary complete carb strip, clean and rebuild, changing all seals and float valves within them (just in case the American ethanol laden petrol, had caused any potential seal perishing, or any residue build-up, within them?)   the valves were all checked and adjusted. (CBXXXs are known to be sensitive to mis-adjusted valves which can cause rough running, often then mis-diagnosed as carb or ignition issues?)   also the camchains were both checked and adjusted, for good measure. it rides amazingly well ,for its era. (bearing in mind, it's no XXXX fireblade!!) if its nostalgic, fine example, of this lovely appreciating classic, you are after. this one may well be worth look?thanks for looking.. 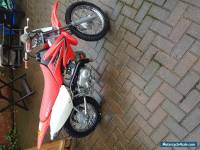 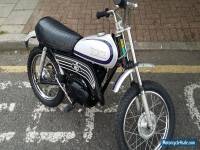 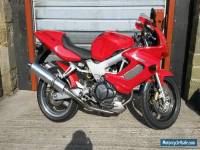 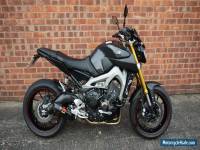