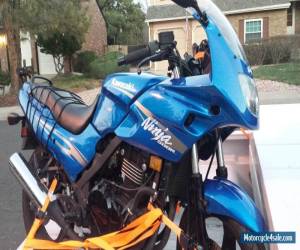 Up for bid is complete XXXX Kawasaki Ninja XXX parts bike with great plastics.  If you own XXX Kawasaki Ninja chances are you have dropped that bike and cracked the fairings, dented the tank, broken the windshield, dragged the pipes or damaged more than you thought possible from even slow speed drop or knocked it over in the garage.   Great bikes but accidents happen and it doesn't take much to damage those high dollar plastic fairings.  Early models were called the XXXEX then it was called the XXXR then the Ninja XXX -  but they are all the same thing.  Parts should be the same for years XXXX-XXXX.  The earlier models won't fit and Ninja XXXs will not work either.  For a bike so common that was made without change for so many years there sure is an issue getting plastics.  The bikes are fairly are cheap to buy on the open market but if you buy one with any damage you will realize that you quickly have more money in it than it is work.  When my son wrecked his we were quoted over $XXXX by the Kawasaki dealer just for the tank and upper fairings and those were without paint.  After market parts just don't fit right either.  Been there and done that.
I will sell the entire bike or pull off what you need and scrap the rest to save on shipping.  Forks are bent and front wheel is toast.  Radiator is bent but holds water.  One of the front blinkers is missing.    might be willing to deliver or meet within reason for price.  For sale locally also so reserve the right to end auction early.  Engine runs great but ignition is damaged but you can start it with key.  The cylinder lock is broken out but key will fit in it and it will start right up.  There is not key for the tank or the seat removal although that is an easy fix.  am just telling you this in case you decide to throw on set of forks and wheel and just ride this.  Of course if you just need the front fairing (lower one around engine bottom is gone) you could buy this instead of paying about $XXXX at the dealer and part the rest out yourself.  The engine is super clean as well as the tank and seat and other body panels.
Price is pretty firm cause know what the parts will cost at the dealership but shoot me an offer if you like.
NOTE This bike Does NOT have title.  had to put salvage in the title area just to get it listed.
I have checked on the parts for this bike from the Kawasaki dealership and know that the Front Fairing cowling is $XXXX, The tank is $XXX, the windshield is $XXX.  Just those three parts alone would be $XXXX if you had to buy them from the dealer which is probably about the only way to get decent set of replacements.   You could buy the whole bike and part it out yourself.  The engine runs great.
Also published at eBay.ca 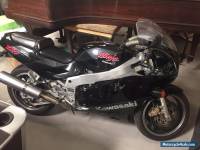 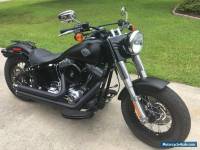 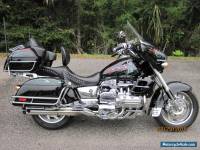 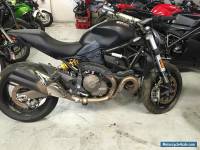 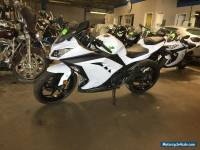