Sell Honda Other Motorcycle in Santa Monica, California, United States
Do you like this Motorcycle?
1989 Honda Other for sale
Current customer rating: 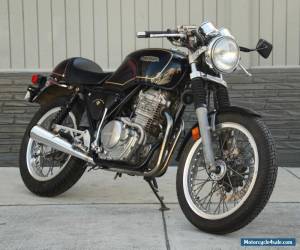 In its formative years as motorcycle manufacturer Honda had always preferred twin-cylinder (and later multi-cylinder) engines for capacities above XXXcc, single-cylinder engines being the norm for road models with capacity of XXXcc or less. With the increasing importance of the North American off-road market where the single-cylinder engine reigned supreme Honda and its Japanese rivals began to manufacture singles in capacities of XXXcc and upwards, state of affairs that led to the development of succession of purely road-going derivatives. One of the most interesting of these was the XBRXXX of XXXX, the styling of which was unashamedly retro, and Honda took this concept stage further almost immediately, launching the GBXXX TT the following year. factory caf?© racer, the GBXXX looked very British, boasting coachlined paintwork, clip-on handlebars, rear-set footrests, chromed headlamp shell, matching speedometer and rev counter, and alloy-rimmed, wire-spoked wheels. The dry-sumped, radial four-valve motor featured electric starting and delivered its XXhp via X-speed gearbox, while the entire ensemble weighed in at little under XXXlb. "It blends touch of the past with the best of today's technology," declared Honda of model that struck chord with mature riders who hankered after the past but disliked the associated oil leaks, dodgy electrics and general unreliability. GBXXXs were only imported in to the US for two years, XXXX and XXXX, but sold slowly at first yet by the time the new inventory was finally sold, it had reached cult status.

The example here is good riding example. Well-maintained, it has covered little over XX,XXX miles from new in the hands of mature rider. There is no evidence of crash damage or repair and the bike is perfectly original apart from the exhaust (the original can accompany the bike) and the removal of the indicators for more authentic XXXXs look.

Fresh from service, the bike is in great riding condition. New brakes, including front rotor and thorough going-through, the bike is ready for the next owner to enjoy without issue.

Cosmetically, the bike is as represented: an original example with the patina of XX,XXX mile bike. Paint is very good with no real evidence of wear. The seat is still excellent. Chrome and metal surfaces show wear conducive with age and mileage.

These bikes are on the charge. Low mileage examples have experienced XX% increase in value in the last few years, making this good, useable investment. 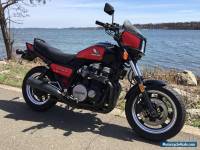 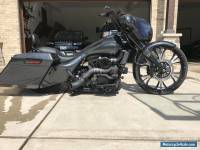 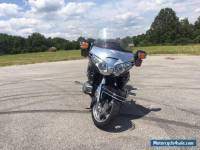 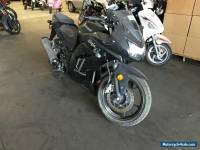 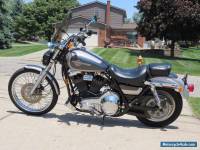