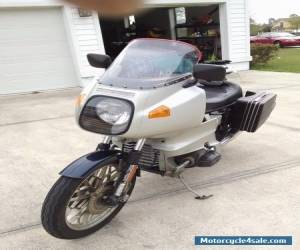 This is GREAT bike!  have owned it since XXXX; knew both other owners personally (RIP).  She's just coming out of some rework, she's running fabulously, and it's killing me to sell her.  But live in another state now.  She is currently registered through April of XXXX.  Some friends are hosting her for me, and I'll put you in touch with them to arrange test ride and sale.  Local pick-up only.Good stuff first:  She has brand new (and mean BRAND NEW) front and rear brakes (and fluid), battery and plugs.  The tires have few years on them, but less than X,XXX miles and almost new rubber.  She has higher, more aerodynamic windscreen, which works wonderfully, and new, larger rear mirrors.  The front fork springs are upgraded and the oil is fresh.  The points, voltage regulator and generator brushes are also less than X,XXX miles old.  The carburetors were "just" tuned and synched.  I have confirmed that the unique "Snowflake" wheels are the later, strengthened version.  Brembo rear disc brake; front brakes are ATE. Although drop of "something" will appear once in while under the bike, there really aren't any leaks.  The rear end is tight and dry.Other than good stuff:  dropped the bike one friggin' time! (....groan).  This was the cause of the most recent rework.  So the fairings have been replaced, repainted and solid (there are no "repaired" cracks), the right valve cover is scuffed underneath, and one of the battery covers has crack (sorry just ran out of time to replace it/them).  The fuel tank has one gentle dent (not related to the drop) that's barely visible in the left side photo. was afraid to try and pop it out for fear of making it worse, but guess pro could do it in XX minutes.  One of the seat's hinge hooks has broken off (a very common problem) and is included for repair if you so choose, but the seat is still safely secure via the latch pin and other hinge hook.  The rear brake could use another bleeding, but to honest, if could keep her longer, I'd install new master cylinder.  The mufflers are in fine shape, but the right one has some pitting.Included: **ALL keys; including those for the Kaiser panniers, the seat lock, the column lock, and even the wheel lock that resides in tube beneath the fuel tank (yes that's actually still there!).  **A full set of manuals; including the official BMW Shop Manual and the proper Haynes manual for the time (an EXCELLENT source of info).  **I believe the original tool kit is complete, and I'm throwing in an exhaust flange wrench.**A tuned, X-into-X exhaust header that was planning to paint when converted to single, slip-on muffler.  **I have a replacement for the missing little parcel rack (that my buddy took off for looks), but it needs to be restored before it's worthy of going on the bike.  **I'm also throwing in Battery Tender, which you definitely want for the off season (the clock WILL kill your battery!), helmet (scratched sigh) and gloves, and some other tid-bits that left under the seat and in the panniers.OK,... price: Try and find an RS near you that's in nice shape and runs great for less than $XX,XXX.  That said, KBB says the bike should go for around $XK.  This bike is definitely in the "Good Condition" zone (and there may be some wiggle room for negotiation)).  It's only few hundred dollars away from being one of those $XXK bikes.  I've been brutally honest here, and the price I'm listing it at should be reasonably in the "sane" ballpark.  will accept counter offers of course, but please be equally as reasonable.  If you can't pay cash, cashier's check or via PayPal, you'll have to wait for your check to clear before taking the bike.  The bike will be advertised in other venues as well.  First fish on the hook, gets to keep the bait.  Thanks for visiting.  If you're looking for collectible, ride-able "and" reliable classic, you'll love this bike.
Also published at eBay.ca 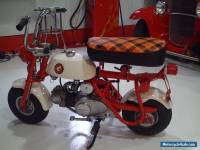 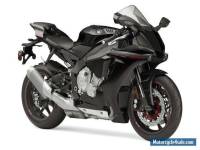 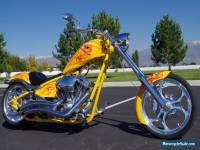 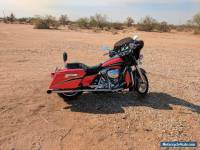 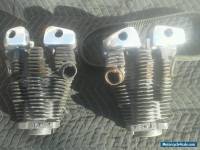