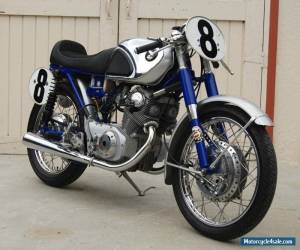 Soichiro Honda will go down in history as the man who truly changed the face of motorcycling forever. Honda founded his enterprise in XXXX, using war-surplus Tohatsu generator motors clipped to bicycles. After his supply of engines dried up, he designed his own XXcc two-stroke clip-on motor, the first Honda Cub. Sales boomed, but Honda wanted more, and in XXXX he made the unheard-of plan of visiting Europe and learning as much as he could, directly from the best motorcycle factories in the world. He met with Triumph?€™s Edward Turner, who was impressed by Honda, but could not see beyond his own legendary ego that the man before him would, within XX years, come to ruin his home industry! ?€?

Honda visited the Isle of Man to see the TT races, and spoke with helpful emissaries at the NSU, Horex, and DAF factories. Realizing that fine production tolerances could only be achieved using European and American tooling, Honda was granted enormous government grants and bank loans to create two state-of-the-art factories, at Hamamatsu and Saitama. He had deeply studied the world?€™s best lightweight racing motorcycles ?€“ the all-conquering NSU Rennfox and Rennmax, and taken them as his template for new series of production motorcycles. The result was the CXX Dream model of XXXX, whose engine profile would be instantly familiar to any motorcyclist awake in the XXXXs; it had single overhead-cam parallel twin-cylinder motor with all-aluminum construction, fine pitch finning, and slight forward cant to the cylinders. The frame was light and strong, made from welded steel pressings. Honda had taken the Rennmax and brought it to the street; no other manufacturer in XXXX could boast of such sophisticated and affordable package, and within year it boasted an electric starter as well. ?€?

In XXXX the next iteration of the Dream line arrived, this time super-sports machine, the CBXX Hawk. Gone was the gawky Teutonic styling of the Dream, replaced by clean lines which promised great speed ?€“ and the bike didn?€™t disappoint. With XX,XXXrpm rev limit and top speed around XXmph, the Hawk was an instant hit. In XXXX an added XXcc was found, and true Middleweight arrived, the XXXcc CBXX Superhawk. With XX.Xhp and XXmph top speed, plus utter reliability and sound handling, Honda had arrived, and the world took notice. ?€?

The factory offered comprehensive list of racing items to bring the Superhawk onto the track, including bump-stop seat, special carb bellmouths, special rearsets, megaphone exhaust, etc. This XXXX CBXX has the ?€?race kit?€™ installed, and was fully restored several years ago, with minimal mileage since. As the ?€?race kit?€™ is now unavailable from Honda, this machine represents rare opportunity to own historic machine with the every one of the desirable ?€?goodies?€™ from the XXXX Honda Racing catalogue, including the megaphone exhaust, solo seat, aluminium rear fender and number plates, clip-on handlebars, and high compression pistons and high lift cam ?€?

The bike is offered in excellent condition throughout, both mechanically and cosmetically. The engine is strong and taut and has great power. It shifts perfectly through an excellent clutch. Brakes, suspension and all cycle parts are in excellent working order including the GTXXX front brake. ?€?

The blue frame is just about perfect and the finish on the rest of the bike is as exquisite. The bike was restored some years ago, but it has held up well ?€“ testament to the meticulous care taken in maintenance and storage since. ?€?

With recent race history, some minimal re-commissioning will be needed and the bike will be ready to race. Offered on Bill of Sale. 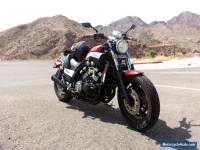 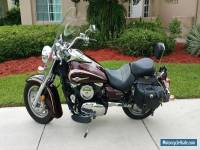 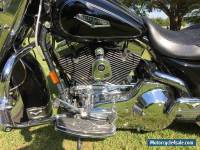 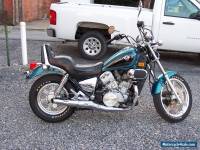