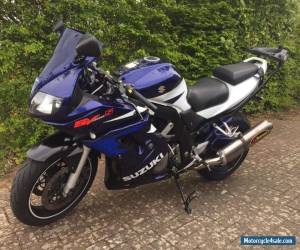 SUZUKI SV XXXX SZ XXXX KX (GSX-R XXth Anniversary Limited Edition Model)For sale is my SVXXXXSZ KX which is limited edition model with some modifications which have listed below.The SZ model is one of only XXX bikes that were sold in the UK so it is rare to say the least.According to howmanyleft.co.uk now only XXX remain.Suzuki produced this limited edition to celebrate the XXth anniversary of their iconic GSX-R sports bike and this is the reason for the fully faired bodywork painted in the signature blue and white of the sports fours.It has unique look and unlike the common SV models. As you can see the frame is black rather than the silver of the other SV models and the bike has more of the look of sports bike like the GSX-R and as standard came with higher compression pistons and Xbhp more.
The subtle modifications which have been made to this bike are;
Offical Suzuki touring seatAdjustable upgraded leversUSB socket for phone/NavMicro LED indicators front and rearDouble bubble tinted windscreenAkrapovic twin exhaust with insertsBraided clutch line and brake linesTail tidyRear hugger *which has small crackRear seat cowl (Not pictured but included)Givi luggage rackPaddock Stand bobbins front & rear
This is real Suzuki SVXXXX SZ KX Limited Edition bike, it has not been made up of standard SV with fairings added to make it 'look' like SZ.The chain and sprockets as well as both tyres are in very good condition with good of mileage left in both tyres. End of last year the bike had lot of work done by myself:-??? Oil/filter/coolant??? New rear brake pads??? Clutch push rod seal (common fault so piece of mind now)??? Drive shaft output seal (Again common fault so piece of mind)I have almost all the original items boxed up included. Screen, seat, exhausts, levers etc.Service history mix of owner and various garages and wedge of receipts and old MOT's, even the orignal Suzuki sale/handover documents.The bike has fresh XX MOT just passed last week and is ready to go.Come take look, looking ??XXXX ono.Cash on collection only.
Also published at eBay.co.uk 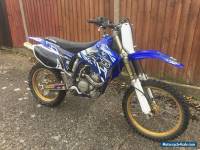 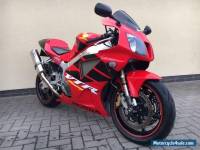 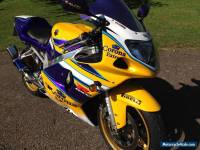 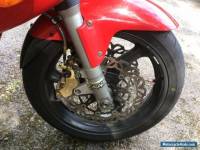 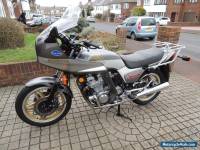