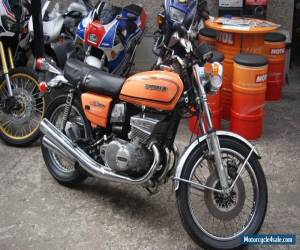 The previous owner was in the middle of restoring the bike but lost interest and traded the bike into us over years ago. Our intentions were to restore the bike ourselves but we haven't had the time to go near it. So we have decided to let it on to somebody who has the time to put it together.

The previous owner told us he has the crank reconditioned, the engine has been assembled and sat back into the frame but everything is just been put sitting on the bike
Our recommendation would be  to strip the engine back down and check everything as we didn't assemble it here.

The bike is fully complete, everything present as far as we can see including carbs. Tyres are good.
Bike has been painted couple of years ago (a terrible colour think) but is in good nick.

There is XXXXXmiles on the clock, don't know if these are genuine. The chrome is in good enough condition, there is few pit marks which are to be expected, if you want to the ride the bike it would be more than presentable with clean up. Pipes are presentable, no excessive marks

The bike is in Ireland and has the Irish paperwork with it. It was imported into Ireland in March XXXX, the bikes previous reg is UFXXXX don't know if this was UK reg or not.

Bike must be collected if not we can arrange getting the bike to Holyhead or into London with Transport company at your cost (Generally approx ?‚¬XXX)

So in summary somebody with the right knowledge would be have to end up with cheap GTXXX because everything here is present.
I must stress that we didnt build the engine and have not receipts for the reconditioned crankshaft its only what the previous owner told us, we would suggest taking the crank out and checking everything 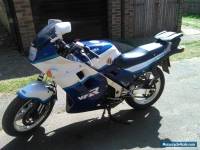 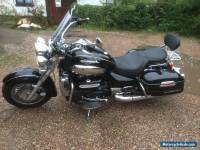 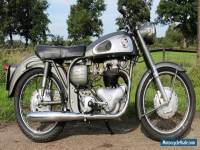 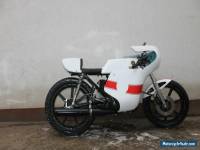 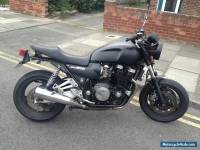